GBP/USD: The pound rose on Tuesday as the dollar retreated following three days of gains. The greenback rose sharply on Monday as a jump in COVID-19 cases in China sparked growth fears and sent investors toward a safe haven. Still, the U.S. currency was down against its major peers on Tuesday, with sterling rising 0,30% to 1,1850. Today, traders will be eyeing the U.K. data on business activity in the service sector. According to forecasts, the report will be disappointing, which may trigger an additional selloff in the pound. Immediate support is seen at 1,1850. A breakout below could take the pair towards 1,1750. 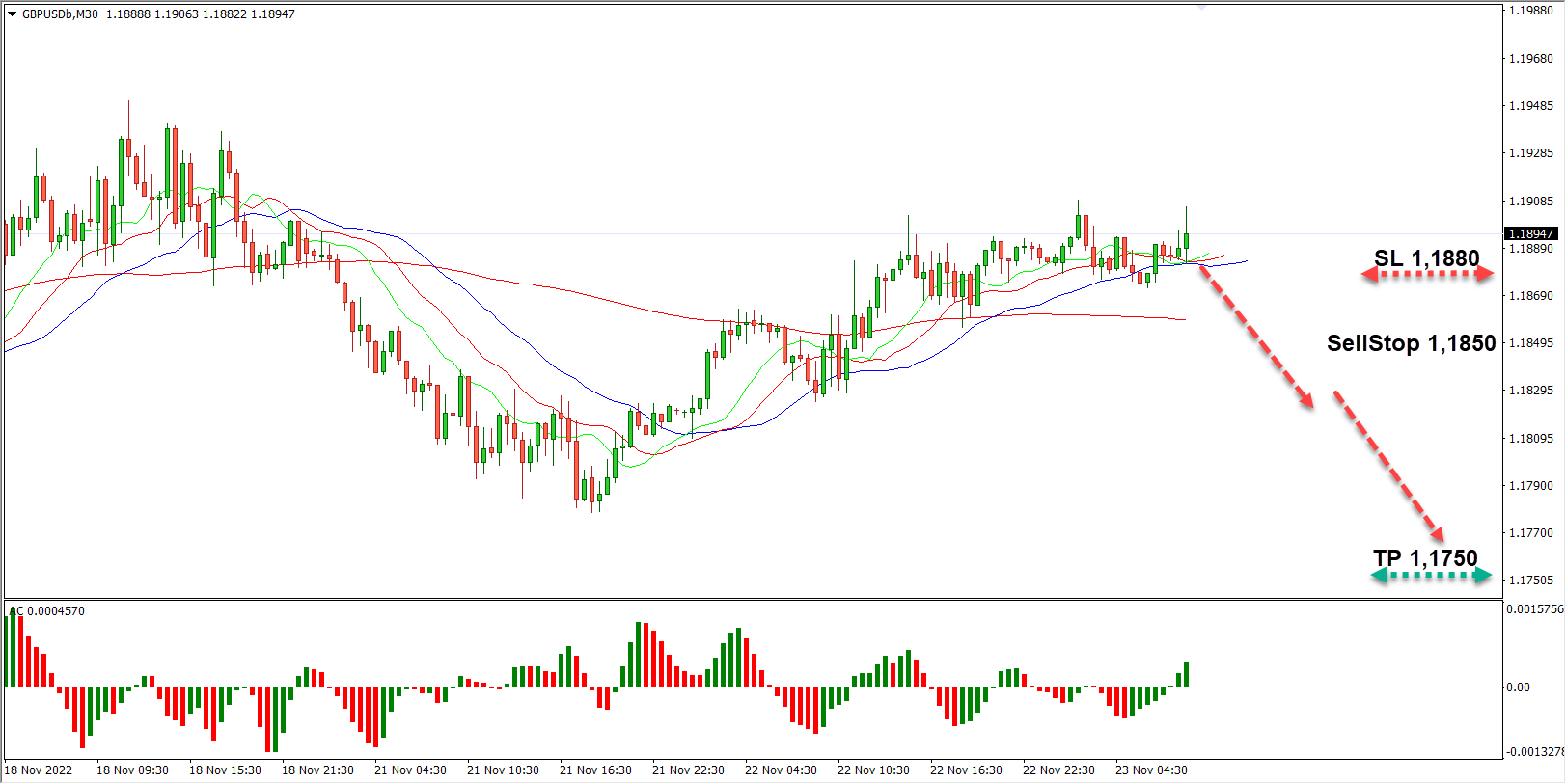 EUR/USD
: The euro strengthened on Tuesday as the dollar eased after the focus turned to minutes from the U.S. Federal Reserve’s latest meeting for clues on future rate hikes. The Fed’s November meeting minutes are due today, with most traders betting on a 50-basis point hike in the December meeting. San Francisco Federal Reserve President Mary Daly said on Monday the real-world impact of the U.S. central bank’s interest rate hikes is likely greater than what its short-term rate target implies. Given the above, the tough rhetoric may support the dollar, weighing down on the euro. Immediate support is seen at 1,0300. A breakout below could take the pair towards 1,0200. 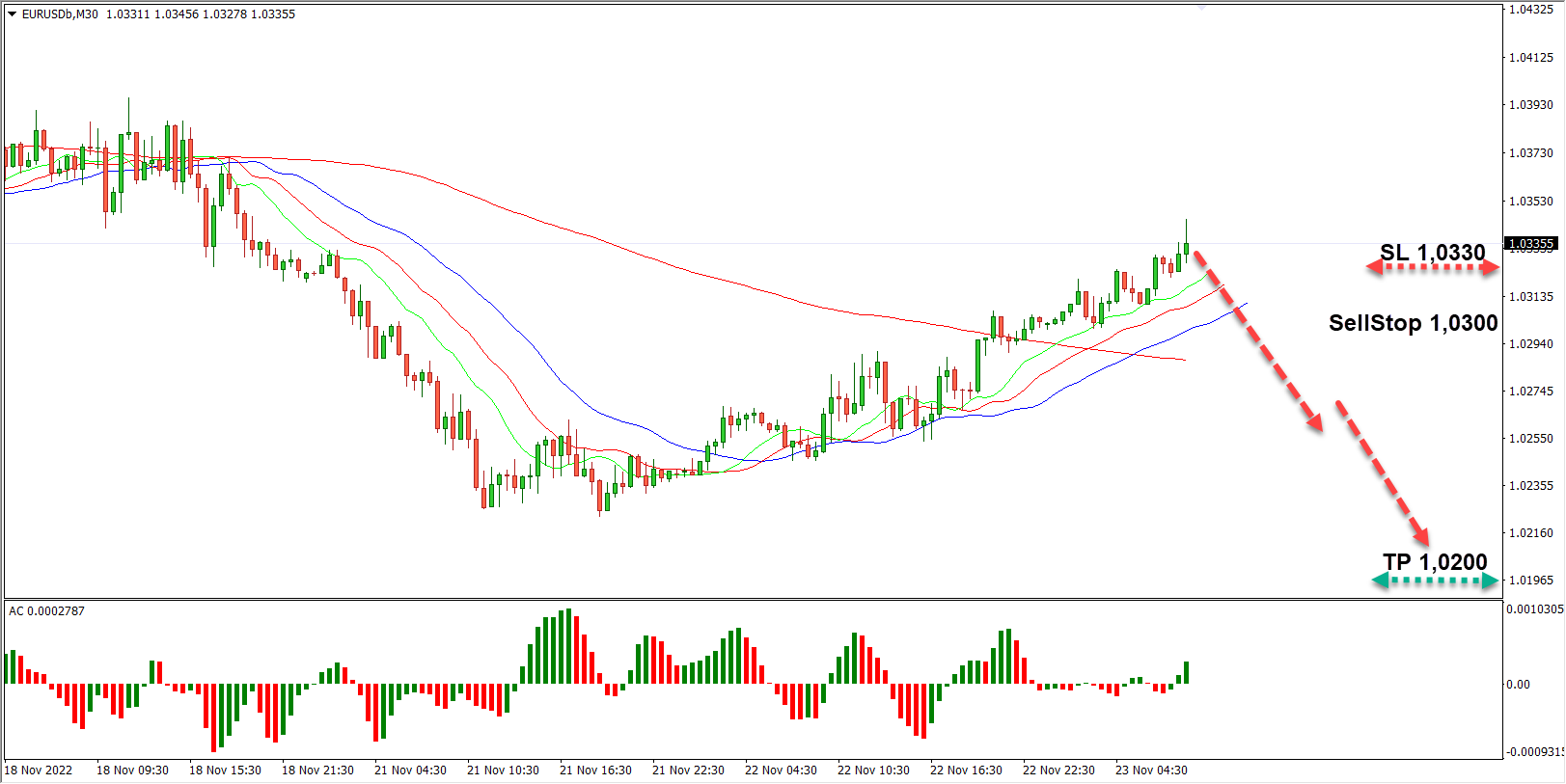 USD/CAD: The Canadian dollar strengthened against the U.S. dollar on Tuesday as Wall Street rallied and investors weighed whether the Bank of Canada might have to act more aggressively than currently expected to cool the domestic economy. Canada’s central bank has raised borrowing costs aggressively this year. Money markets expect the BoC to hike a further 25 basis points, rather than 50, at a policy decision next month. Adding to support for the loonie, the price of oil, one of Canada’s major exports, settled 1% higher as top exporter Saudi Arabia said OPEC+ was sticking with output cuts. Immediate resistance can be seen at 1,3400. A breakout to the upside can trigger growth towards 1,3500. 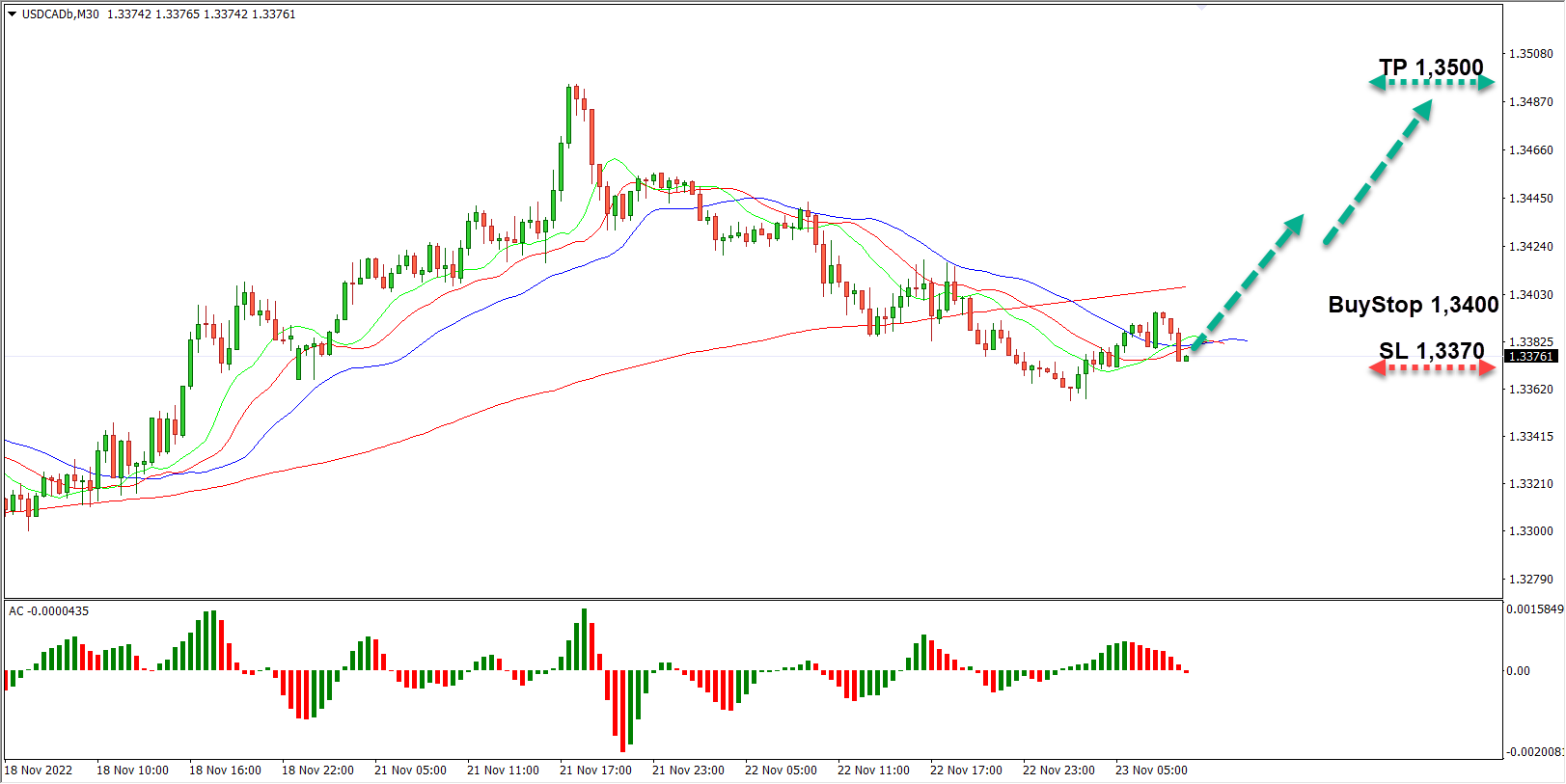