Brent: The oil market continues to grow. Positive sentiment was boosted by forecasts from OPEC and the International Energy Agency (IEA). The OPEC representatives project an increase in fuel demand in China this year due to the easing of Covid restrictions, which, in turn, will act as a catalyst for a global economic recovery. World oil demand in 2023 may increase by 2.2 million barrels per day or 2.2%. Experts from the International Energy Agency noted that the growth in energy consumption in China would increase global demand by 1.9 million barrels per day. Coupled with the reduction in the supply of oil from Russia, Brent oil has the potential for further growth.

EUR/USD: The euro ended the last session in positive territory near 1.0830, bolstered by the comments of the head of the ECB, Christine Lagarde, at the forum in Davos. She noted that the central bank will stick to the policy of raising rates, adding that the labor market in Europe has never been as growing as it is now. What’s more, she said they see no easing in inflation expectations, which clearly hints at a multiple rate hike to come. A similar position was expressed by the representative of the ECB, Klaas Knot. Knot said there would be more than one 50 basis point (bp) hike in interest rates, adding that market participants may be underestimating the ECB’s intention to cut prices. Against this background, the growth of the euro may continue.

AUD/USD: The Australian currency continues to weaken against the dollar, reacting to data on the national labor market. Thus, the unemployment rate remained at the same level of 3.5% instead of the expected decline to 3.4%. The overall employment rate unexpectedly decreased by 14.6 thousand instead of the expected growth of 22.5 thousand. The Reserve Bank of Australia (RBA) has already increased it by 300 basis percentage points since April 2022 and is likely to continue tightening its monetary policy as strong price growth in the country continues. There is a risk that such a policy could worsen economic conditions and provoke a further decline in the AUD/USD pair. 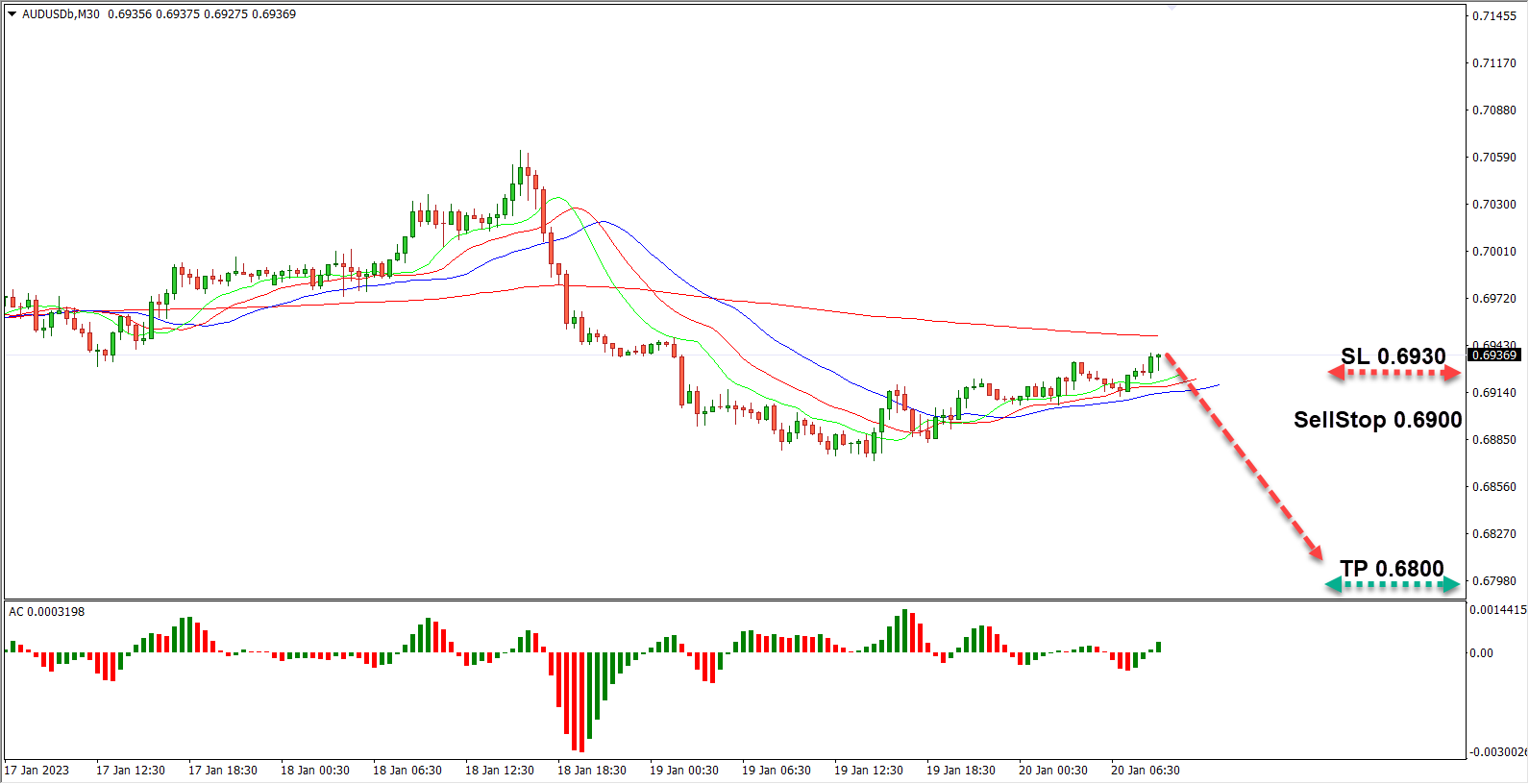